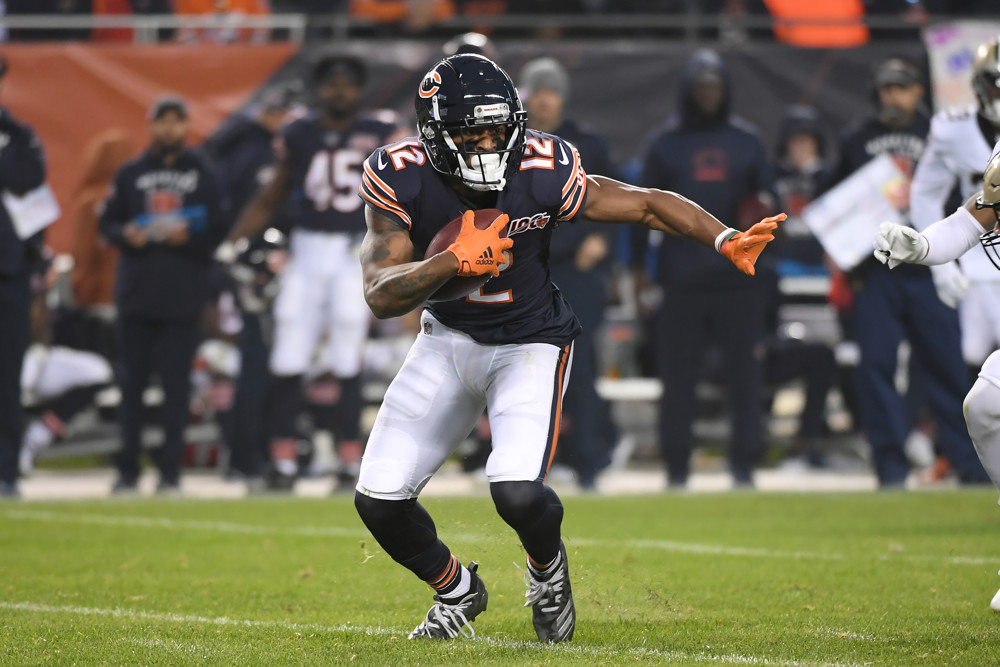 For the third straight week, Mitchell Trubisky is an attractive schedule-driven streamer and DFS play beneath Atlanta’s Mercedes-Benz dome after the Falcons conceded consecutive overall QB1 fantasy finishes to Russell Wilson and Dak Prescott in games played to extreme high-scoring 38-25 and 40-39 results. Defending the run stoutly but getting eviscerated in the air, Atlanta presents optimal matchups for enemy passing attacks. Trubisky is also capable of exploiting defenses with his legs; the Falcons gave up 3/29/0 rushing to Wilson and 5/18/3 to Prescott after permitting the NFL’s ninth most QB rushing yards in 2019. … Playing pass-funnel defense, Atlanta held Seahawks and Cowboys backs to 43/138/2 (3.21 YPC) rushing in the first two weeks. This is a riskier spot than it appears at surface level for David Montgomery, who logged Weeks 1-2 snap shares of 45% and 54% and has drawn three targets or fewer in ten straight games. He’s a risky but viable RB2 play with upside driven by this game’s high-scoring potential. … Keeping in line with coach Dan Quinn’s defensive history, the Falcons have served up 15 running back catches two games in, fourth most in the NFL. Yet theoretical Bears receiving back Tarik Cohen’s three targets were doubled up by Montgomery’s six in Weeks 1-2, and Cohen has finished below 70 yards from scrimmage in seven of his last eight games. He’s scored zero TDs during that span.