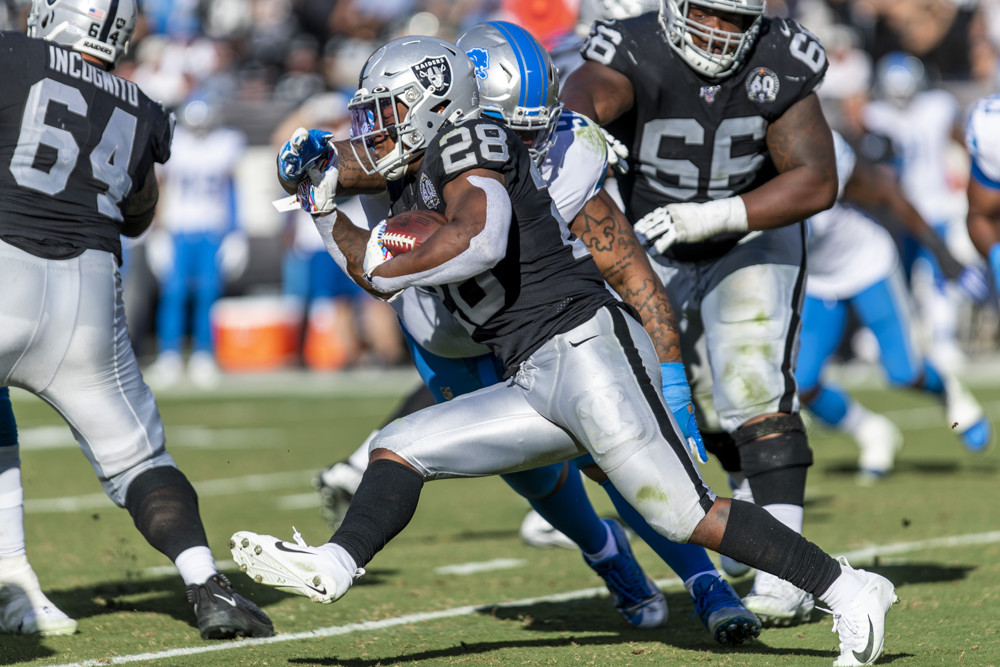 These are players I believe are either overvalued or should be scratched off fantasy cheatsheets entirely based on statistical evidence, downward-trending usage expectations, off-field concerns, and/or anticipated performance decline. For my sleepers and undervalued players, click here.

1. David Montgomery, RB, Bears
David Montgomery projected as a volume-based, low-ceiling RB2 long before suffering a late-August groin injury the Bears anticipate will cost him 1-3 games. GM Ryan Pace all but ignored an offensive line that last year ranked 29th in Football Outsiders’ run-blocking metrics – Pace’s lone mildly meaningful acquisition was failed Seahawks RT Germain Ifedi on a minimum-salary deal to play right guard – while Montgomery’s sluggish rookie year suggested he may lack the requisite explosiveness to ever become an upside producer. On top of costing him game(s), the groin pull may prevent Montgomery from staying well conditioned during his time away, force him into a deeper RBBC on return, and potentially even encourage Pace to acquire a veteran running back that could prove superior to Montgomery.

Editor’s Note: Our Draft Kit costs just $35 and comes with a $25 coupon to use in any FFPC League. It include’s Silva’s Top 150, his sleepers, his busts, his Tiers and Top 300 rankings for every format. Click here for details.

2. Josh Jacobs, RB, Raiders
Josh Jacobs averaged an anemic 2.1 targets per game as a rookie, caught just 20 passes in 13 games, and ran only seven more pass routes than passing-down specialist Jalen Richard. The Raiders extended Richard at two years and $7 million, drafted college WR Lynn Bowden in the third and declared him a running back, then signed third-down back Devontae Booker and target magnet Theo Riddick in free agency. All seven of Jacobs’ rookie TDs occurred in games won by the Raiders, while his per-game total yardage dipped from 118.2 in victories to 86.7 in defeats. Last year’s Raiders finished with a bottom-five point differential, and this year’s team has the NFL’s 10th-lowest Win Total at DraftKings Sportsbook. Even as a superb early-down rusher, Jacobs’ downside isn’t being considered enough in full-PPR leagues.

4. Todd Gurley, RB, Falcons
Todd Gurley’s ADP has been aggrandized not by valid evaluations of his range of outcomes but by this year’s voracious running back thirst; per Football Guys’ Championship ADP, a whopping 15 of 2020’s top-24 picks are RBs. Because backs actually worthy of those pricey selections are flying off the board, landmine backs like Gurley are being forced up behind them by drafters succumbing to Fear of Missing Out. Even with a combustible knee, Gurley’s ADP is higher than WR1