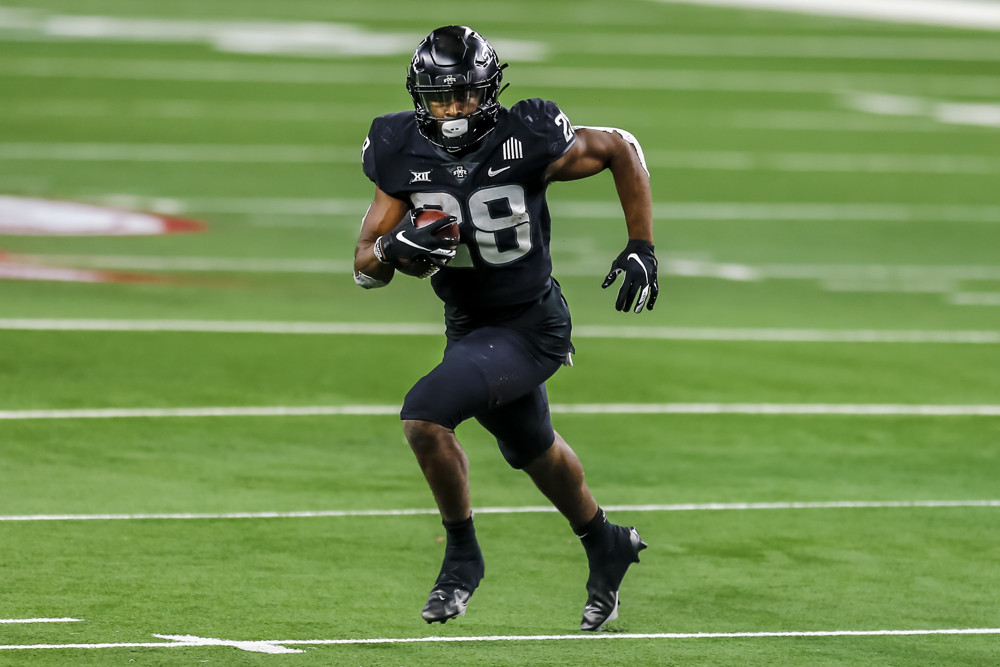 The Jets have been doing everything they can to give Zach Wilson weapons all offseason long. They have been tied to Tyreek Hill, Deebo Samuel, and DK Metcalf at various points throughout the spring, although they failed to actually acquire any of them.

In Round 1, the Jets drafted Ohio State WR Garrett Wilson with the 10th overall pick. They continued their quest to improve their offensive weaponry by drafting Iowa State RB Breece Hall in the second round on Friday night, making Hall the first running back off the board in the process. Hall will team up with Michael Carter to form one of the most intriguing young backfield duos in the league. From a fantasy perspective, it’s not ideal for either Hall or Carter. Let’s take a look at where both players rank in ETR’s projections after the Hall pick.

“Hall was a three-year producer for the Cyclones, leading the team in rushing each year. He broke out as a 19-year-old true sophomore, which puts him in the most successful cohort of RB prospects. Hall then improved upon his numbers going into his final season. Hall is top 10 in this class in receiving yards per team pass attempt, and only two RBs had a better adjusted yards per play.

Hall’s final two seasons were truly fantastic. He averaged 5.7 yards per carry on over 500 carries, caught 59 passes, and scored a whopping 46 total touchdowns. At his listed weight of 220 pounds, Hall is someone who profiles as being able to carry an NFL load.”