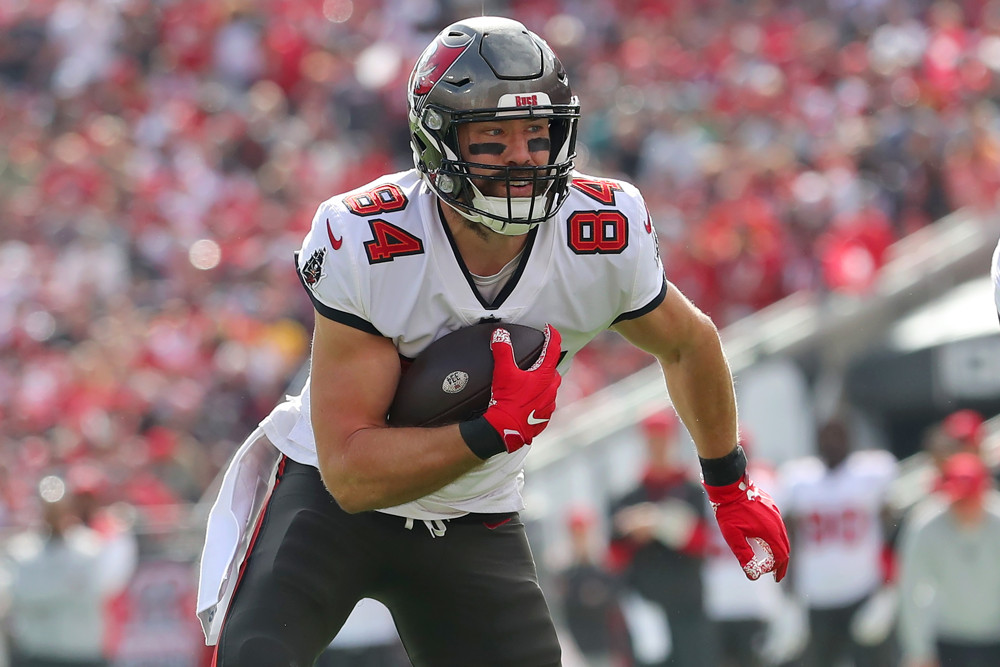 We cover ADPs for FantasyPros (most reflective of a “home league”), Underdog Fantasy, FFPC, and NFFC. We excluded NFFC this week because their sample size was too small. 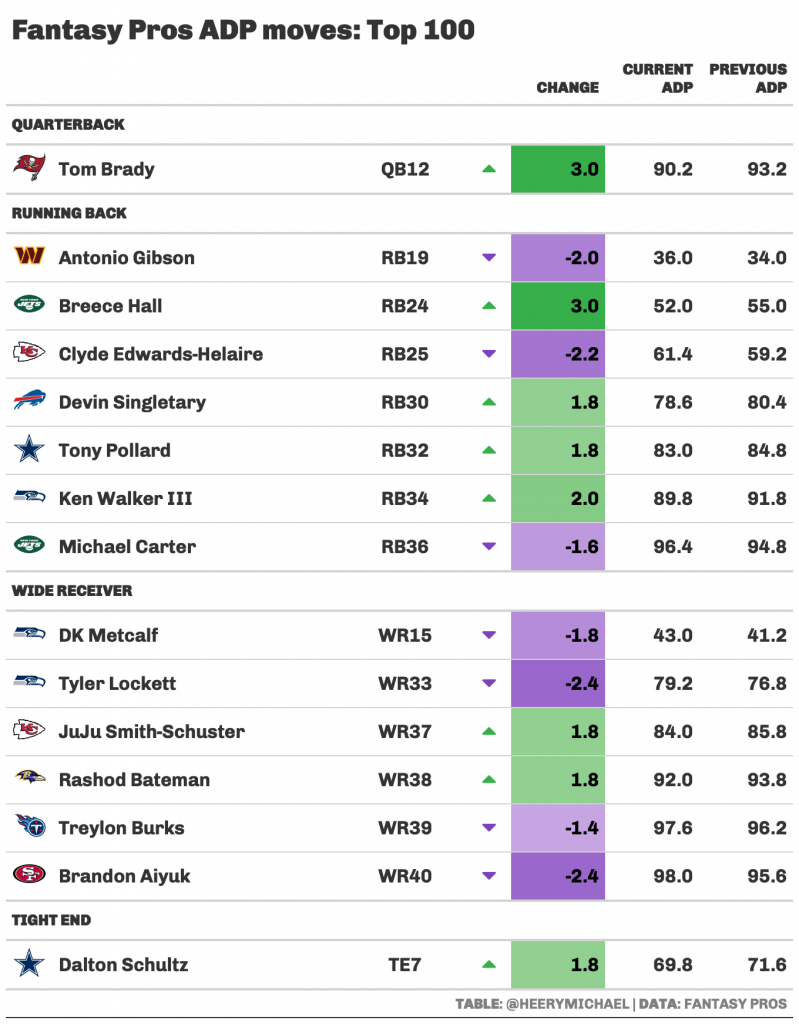 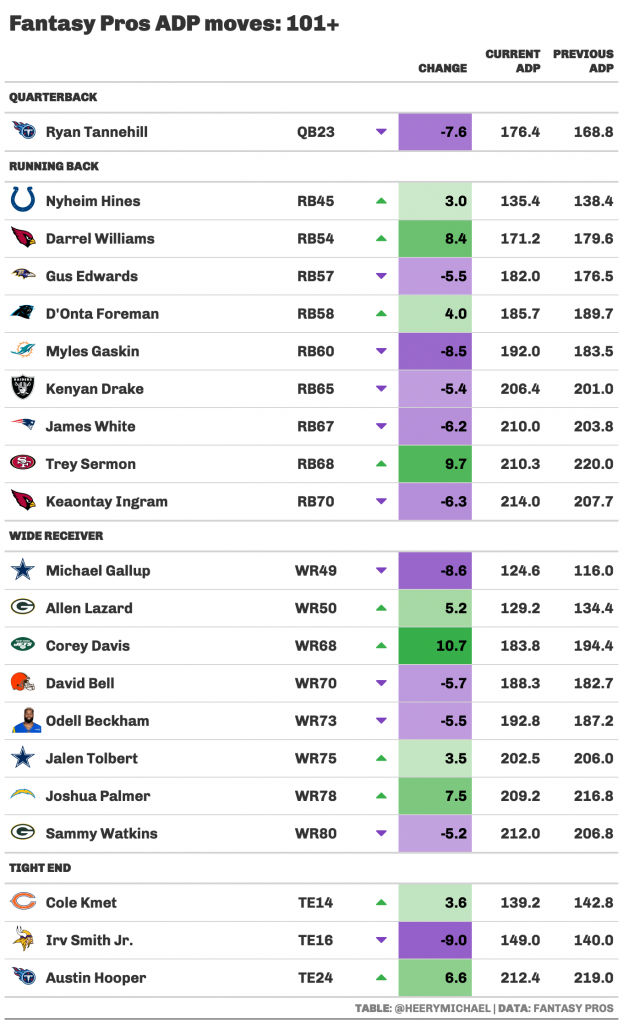 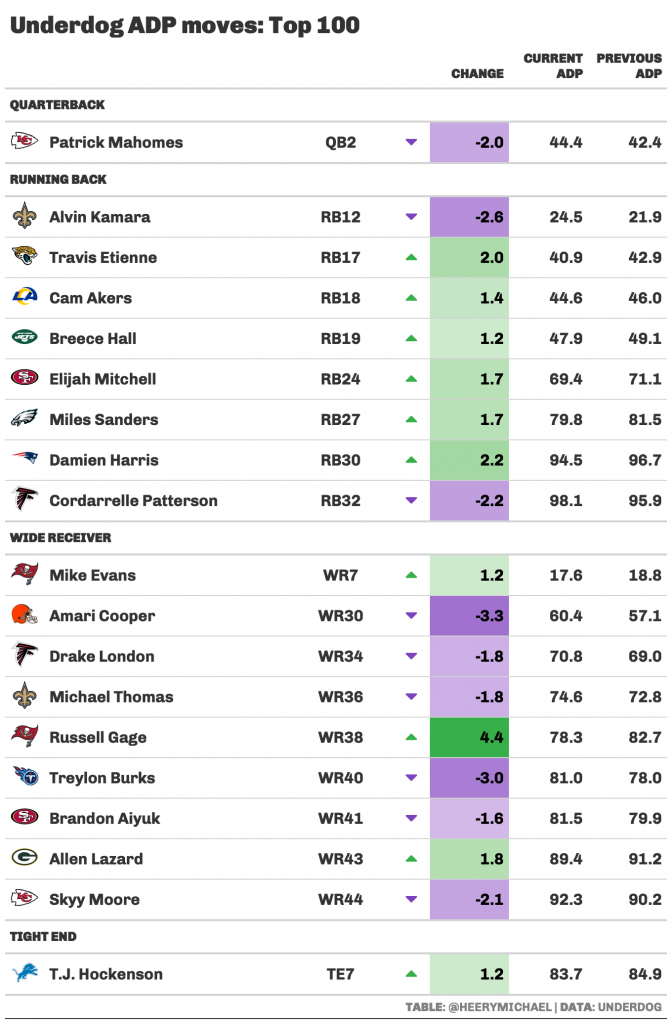 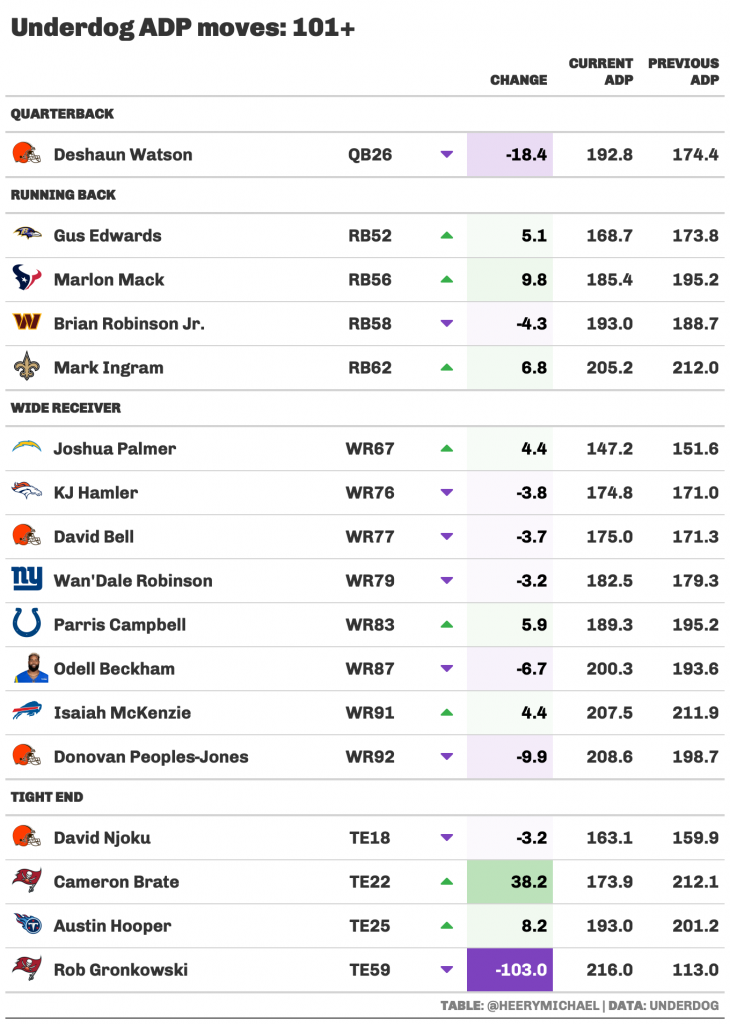 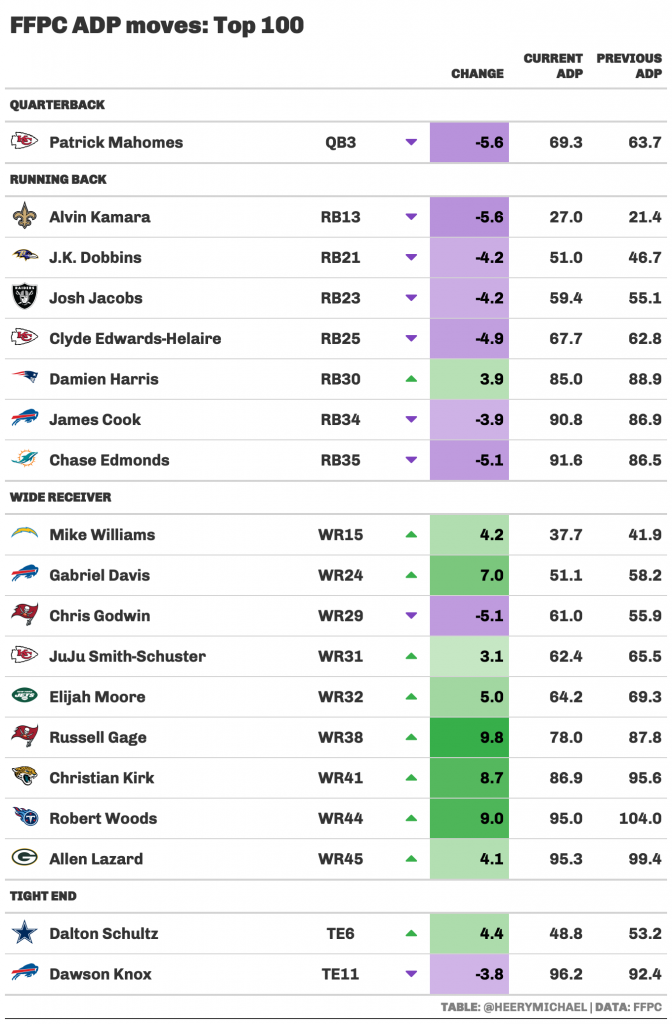 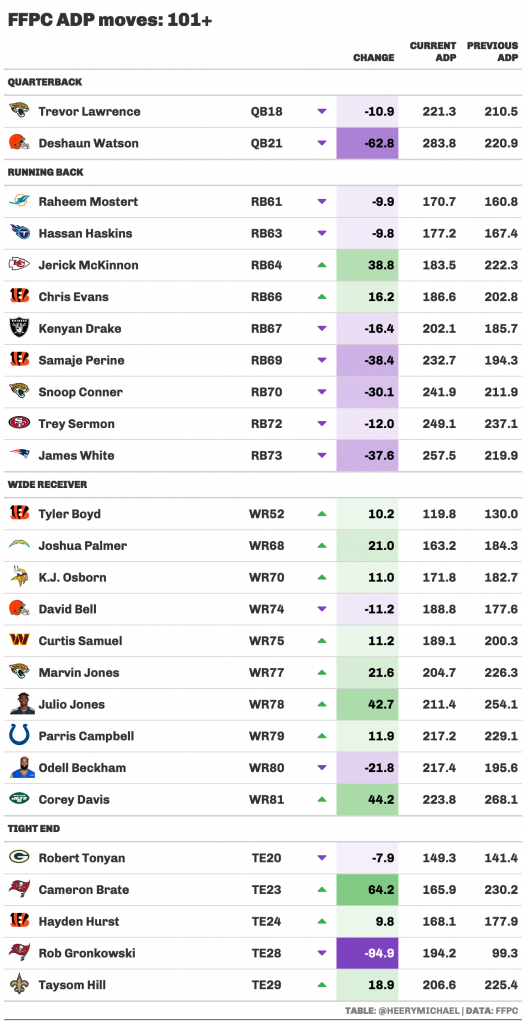 Draft Kit subscribers can find our full rankings for all formats here.