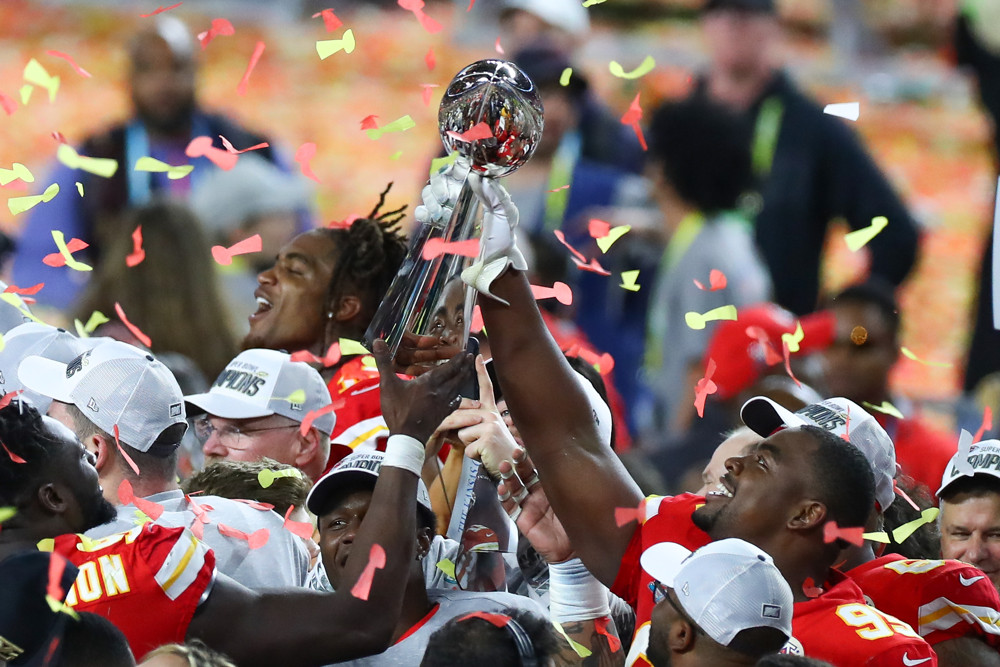 The NFL Is Back

Our Bundle Package combines the Draft Kit and the In-Season Package at the lowest price we have. It includes everything we think you need to win at both your fantasy draft and in DFS. Click here for details.

You want to win $1 million playing fantasy football? Yeah, me too.

DraftKings’ weekly NFL Milly Maker remains the flagship DFS tournament. It’s a unique event because it often has close to 200,000 entries, roughly 30% of the prize pool is awarded to first place and someone becomes a millionaire off of a $20 buy-in.

So how do we win it? By picking the right players, dummy! Of course, that’s first-level thinking and not a real or thoughtful strategy. Obviously we can lazily say we just need to pick the best players.

DFS Optimizer? We do not have an optimizer, but we have a promotional deal with FantasyLabs. For $30 per month, you will gain access to their optimizer and it will come pre-loaded with both our projections and our ownership projections. Click here for details.

But there’s a lot more strategy we can optimize in terms of lineup construction, salary allocation, flex usage, correlation and ownership. If we can understand what wins this tournament, we can build a repeatable process that raises our chances of shipping.

Thanks to our friends at Fantasy Labs and their Contest Dashboard, I was able to examine the Top-10 lineups in each low-stakes, regular-season DraftKings NFL Milly Maker over the last three years. That resulted in an examination of 452 teams.

1. No Edge In Leaving Money On Table
You’ll hear a lot of people say that you should not spend the full $50K cap because that’s what everyone does. The data doesn’t agree. Among the last 452 NFL Milly Maker Top-10 finishers, 48% have used the entire salary cap. Meanwhile, just 42% of the field has done so. As you’ll see below, there’s no real edge to be found in strategizing for total salary used. We will find other ways to maximize our uniqueness and upside.

2. Only 9% of Top-10 Teams used TE in flex
Going with a “double TE” roster construction is unique as only 13% of the field does it. But that doesn’t mean it’s right. With only 9% of Top-10 teams using a tight end in the flex, we’re showing a negative expectation.

3. Stack, stack and stack more
The field still does not stack nearly enough. All Milly Maker entries went “naked QB” aka “zero teammates of a QB” a whopping 17.4% of the time. But Top-10 lineups went naked QB just 6.4% of the time. We can gain a big edge on the field simply by never (or rarely) going naked at QB.

But the stacking leverage doesn’t stop there. Top-10 lineups used a QB and two of his teammates 41.2% of the time while the field did it just 28.9% of the time. This 2-teammate construction and simply stacking period are our two biggest edges.

4. Yes, we can stack with RBs
It’s a bit counterintuitive to stack a QB with his RB. But it’s worth noting that it can be successful as 22.8% of Top-10s did it, right in line with the field’s rate of 21.9%. Of course, we are ideally using pass-catching RBs in our stacks so that touchdowns aren’t cannibalized. Derrick Henry has three receiving TDs in 62 career games, therefore correlating negatively with Ryan Tannehill in terms of touchdowns.

5. Bring it back stack
In this must-read article for tournament players, Drew Dinkmeyer compared the idea of correlation to magnetic needles in a haystack. It’s obvious that a QB and his teammates have extremely strong correlation, but the opponents do as well. A massive 36.3% of Top-10 teams “brought it back” with one player from the opponent of their QB. The field is catching on, doing it at a 31% rate.

7. High-owned, high-priced RBs are often right
Running back is the only position where Top-10 teams averaged more ownership than the field. In other words, the field is getting FPS (fancy play syndrome) at a position where simple volume is the differentiator. At QB and WR though, the Top-10s are significantly more contrarian than the field. The Top-10s’ QBs averaged just 7.7% ownership and WRs 10.9%.

In terms of salary, the Top-10s spent $6.5K or more on RB 49.1% of the time while the field was at just 43.0%. It’s further confirmation that running back is the most projectable position. Running back correlation between ownership and points is 0.55, the highest of all positions.

8. Be willing to go off the board
Only 9.7% of Top-10s had zero players at sub-5% ownership while the field was at 14.7%. We need to be willing to roster guys in that 2-5% range. But that doesn’t mean a roster full of these extremely low-owned players:

To further this point, it’s worth noting that 8.2% of Top-10s had a whopping five players on their roster at sub-5% ownership. The field had these extreme low-owned constructions at just 4.7%.

9. It’s OK to mix in some chalk
Top-10 lineups averaged 1.9 players per lineup at 20% or higher ownership. And as explained in No. 7 above, the RBs of top-10 teams averaged 18.4% ownership. The most projectable upside comes at running back. It has the highest correlation between salary and points. On the other hand, wide receiver and tight end are the least predictable and have the lowest correlation of salary to points. The average ownership of Top-10s at QB were just 7.7% and TE 11.6%.

As you can see, the field is very bad at predicting D/ST scoring. It’s simply an unpredictable position because turnovers, special teams TDs and defensive touchdowns are very hard to project. The average ownership of Top-10s at D/ST is just 9.4%.