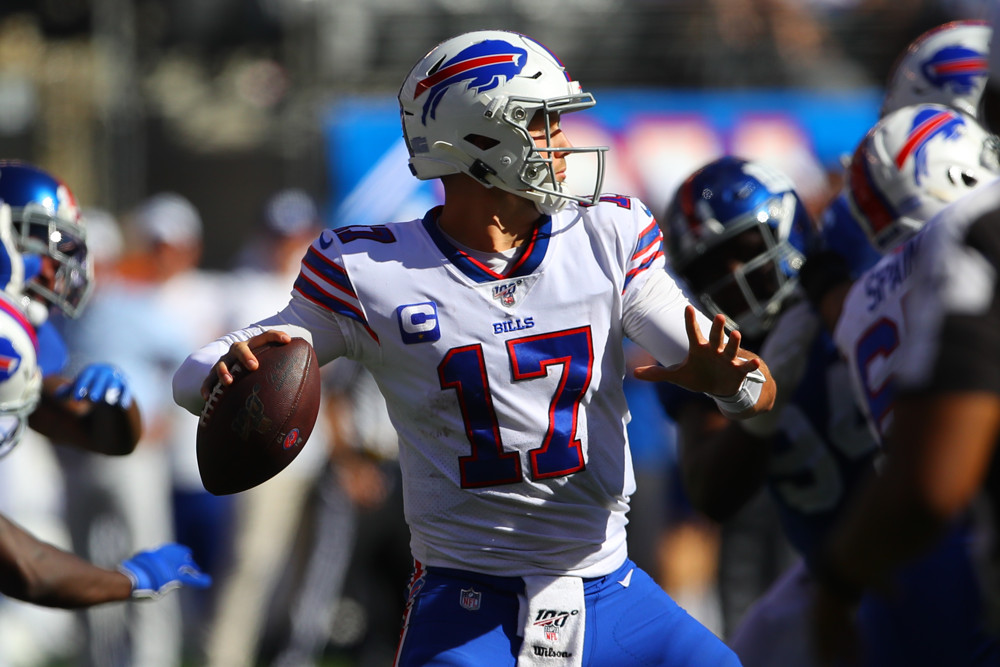 Nearly finished with the 2020 showdown regular season, we’re gathering a large enough sample to confidently review contests through the first 15 weeks and identify where we have an edge and how we can improve our overall process. It’s important to keep in mind, that while it’s growing, we’re still working with a relatively small sample. We recommend reviewing this article before building lineups. You’ll find our thoughts on proper captain selection, optimal roster construction and some ideas on how to ensure your lineups are unique. Like most DFS lineups, the best showdown lineups are created where uniqueness + optimal correlation + max projected points meet. Below you can review winning lineups to better familiarize yourself with optimal construction.

After being a major talking point in 2019, we’ve seen DSTs and kickers have mostly gone overlooked through Week 15. The average ownership for DSTs in 2019 was 20.69% at an average salary of $4100. Over half way through the 2020 season and DST ownership has dropped to just 11.98% at an average salary of $3900. We know from the work Levitan did in the offseason, projecting DST fantasy scoring is not an easy task. If the field continues to underown defenses, there’s an edge in taking an overweight stance in large-field tournaments.

DraftKings finally priced up kickers following a full 2019 season where they consistently projected as the top PT/$ options on any given slate. Now averaging $4000 compared to $3700 in 2019, they no longer project as positive value plays on every slate and thus have carried lower ownership; 22.32% last season compared to just 15.94% through 15 weeks in 2020.

46.3% of the field used less than or equal to $49,500 when building lineups. The average number of duplicates per lineup for all lineups at or under $49,500 was 4.86 compared to 23.68 average duplicates for lineups that used greater than $49,500. In a format that rewards uniqueness, it’s important to consider the context of the slate and the size of the contest we’re playing if setting caps on total salary used. In some cases it’s acceptable to play lineups well below $49,500 in an attempt to be different.

A lot of showdown decision-making revolves around whether we should be considering ‘punt’ plays paired with higher-priced players or a more balanced approach. Defined as all players priced $2000 and below, the field has been slightly overusing ‘scrubs’ through 15 weeks as 32.27% of top 1% lineups used at least (1) such player compared to 38.3% of the total field. The stars and scrub approach is generally thought to bring with it a reduced amount of duplicates but that has not been the case this season. Top 1% lineups that rostered at least one sub-$2000 player were duplicated on average 26.01 times compared to 24.19 times for top 1% lineups that utilized a more balanced approach.

Using Ownership To Be Unique