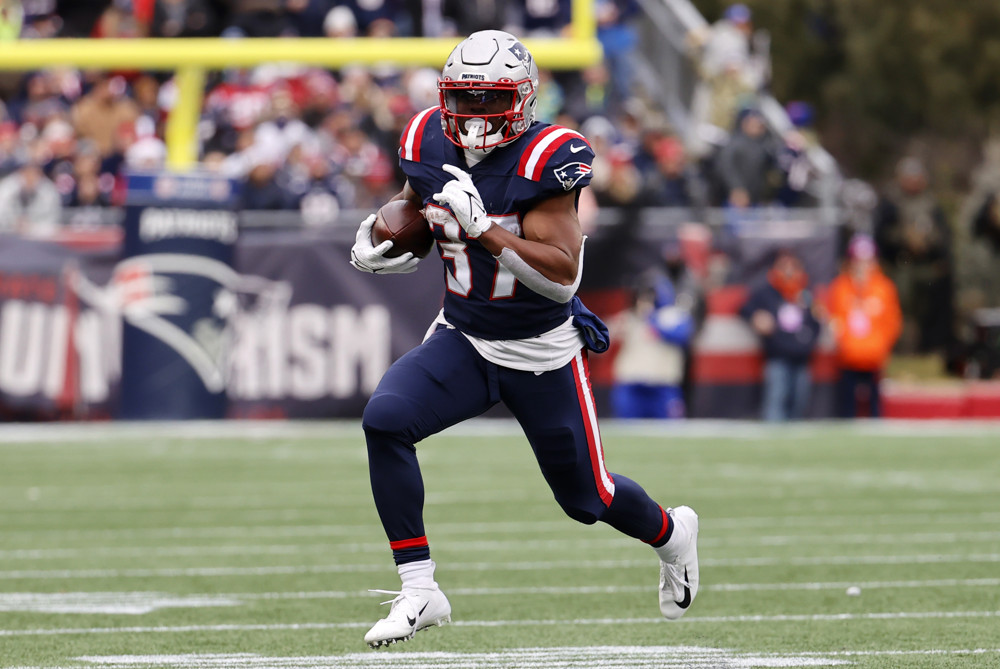 These are the players I’m shying away from at their Average Draft Position (ADP).

For more help with your draft, see Adam Levitan’s Favorite Fliers, Adam’s Perfect Draft, all of our Rankings and Evan’s Team-by-Team Previews.

1. Davante Adams turns 30 late this season, just received the biggest wide receiver contract in league history (five years, $140 million), downgrades quarterbacks from Aaron Rodgers to Derek Carr, and faces significantly enhanced target competition via Darren Waller and Hunter Renfrow in Las Vegas. I expect Adams to have a solid debut season with the Raiders but fail to live up to his first-round ADP.

2. Najee Harris’ complete lack of big-play capability was evidenced when he managed four runs of 20-plus yards on 307 rookie-year carries, while Harris’ passing-game targets are sure to decline in Pittsburgh’s post-Ben Roethlisberger offense. The Steelers’ offensive line projects among the worst in the league.

3. Derrick Henry makes my Shy-Away list for the second straight year as an especially environmentally-influenced running back who lives on rushing efficiency and TDs and rarely catches passes. This year’s Titans have question marks at left guard and right tackle, while inside the AFC South, the Colts, Jaguars, and Texans all look likely to improve. I’ll be playing Henry in DFS and fading him in season-long fantasy.

5. Cam Akers shattered historical timelines for Achilles victims by returning from his July tear last January, yet anemically averaged 2.5 yards per carry over Los Angeles’ final five games (including playoffs). This year, Sean McVay’s Rams have talked up a near-even backfield split between Akers and Darrell Henderson. Especially at their respective ADPs, Henderson looks like a much sharper pick than Akers.

6. David Montgomery is an inherited player from a previous Bears regime who’s entering his contract year and has little chance of earning an extension. Second-year RB Khalil Herbert outperformed Montgomery in 2021 yards per carry (4.2 to 3.8), Sports Info Solutions’ broken