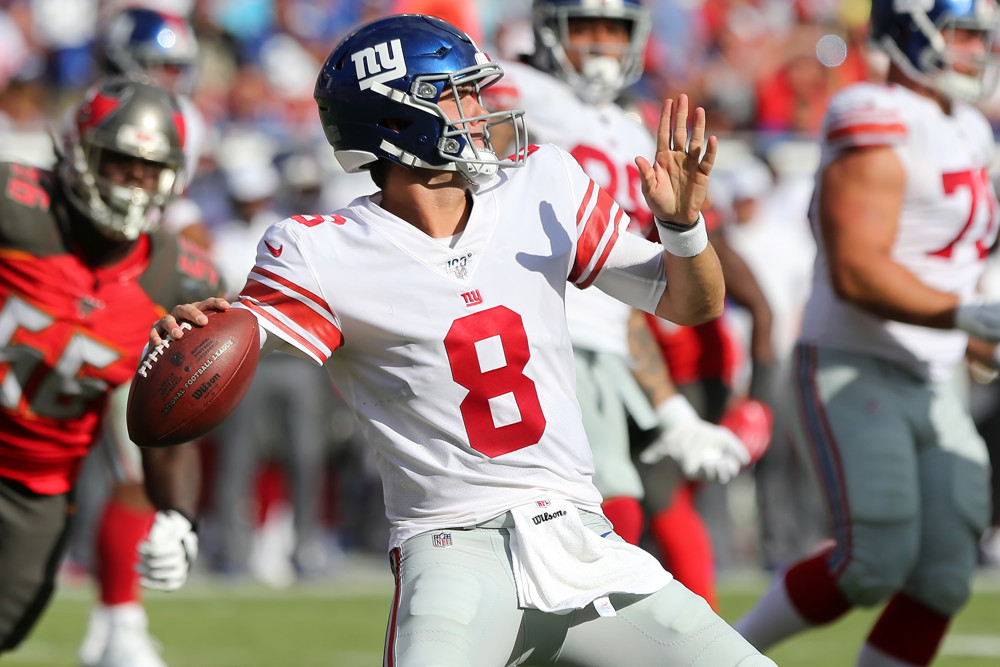 Welcome to the Week 2 edition of Snaps & Pace, where we examine trends in play volume and game pace. It is meant to be a 30,000-foot view of upcoming contests, with the goal of identifying which matchups will – and which will not – be played on fertile fantasy soil. For a primer on why this is important, click here.

We expected offenses to be ahead of defenses after a disjointed training camp and nonexistent preseason. While scoring was down slightly, with 756 points versus 776 a year ago, teams operated at a quicker pace. Week 1 produced nearly 100 more plays than last season (2096 versus 1999) and offenses went to the no huddle at a noticeably higher clip (12.8% versus 9.4%).

Whether that continues is hard to say. At first glance Week 2 projects to offer elevated play volume in many games, so let’s get to it.

As widely predicted, Washington’s plodding pace was left in the same dumpster as their ridiculous nickname. The Football Team cranked out 70 Week 1 snaps after averaging a historically-low 55.3 last year. Their situation-neutral snap pace ranked fourth quickest on the week, and Washington’s matchup with the Eagles produced 137 combined snaps (fourth most). Their games averaged the fourth-fewest plays in 2019 (122.8).

Washington didn’t exactly chuck it around the yard, as they only had a 52% pass rate while the game was within one score – which it was for most of the first quarter and second half. The Football Team also gave the majority of their handoffs to 26-year-old pack mule Peyton Barber instead of thoroughbred rookie Antonio Gibson. There remain improvements to be made, but at least this offense is no longer grinding the clock to dust and murdering play volume.