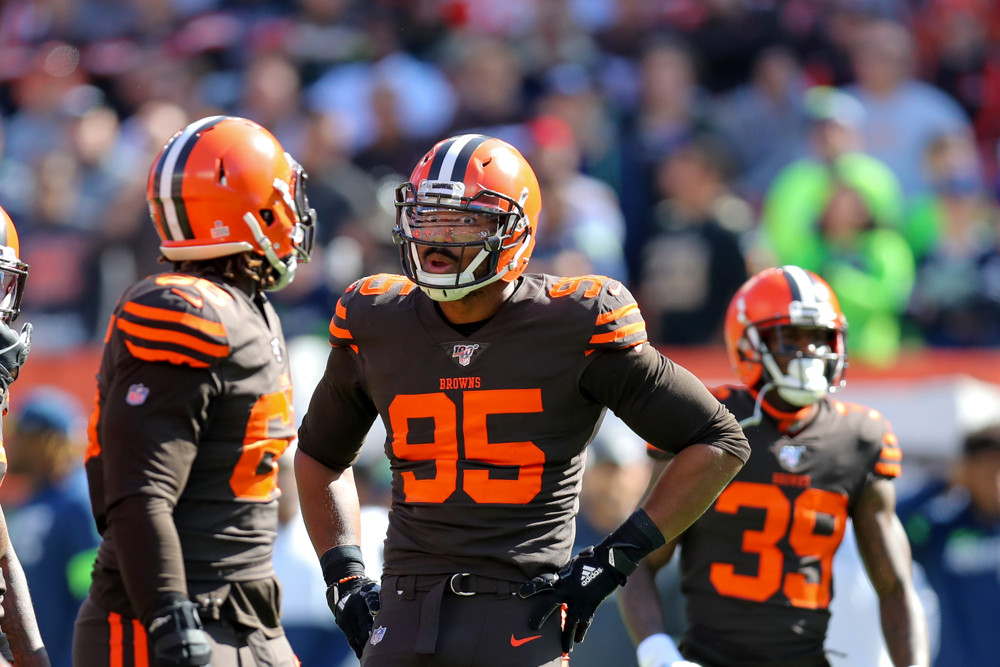 The Chargers got back starting LT Russell Okung last week and he impressively played 80% of the snaps so this OL received a much-needed boost, but they still have four below average or worse players rounding out the unit.

Sam Tevi is arguably the worst right tackle in football, while center Scott Quessenberry will be making his 2nd career start this week. Against the likes of Z’Darius Smith, Preston Smith, and Kenny Clark, these are as lopsided of mismatches as you’ll find this season.

This is one of the most opportunistic and versatile defensive fronts that should pose major problems for this overmatched Chargers OL.

The Broncos have been forced to stick with Garett Bolles as the starter simply because there are no better options on the roster, which says something about the lack of depth at offensive tackle that most teams are dealing with because Bolles has been inept this season.

Sheldon Richardson, Olivier Vernon, and Larry Ogunjobi round out a very solid group up front. The key will be if this Browns offense can sustain enough drives and score a reasonable amount of points so that their rushers can pin their ears back and go. The Broncos have the 3rd ranked defense per DVOA, so it isn’t a lock, but the individual mismatches are too great to not expect pressure regardless of opportunity.

The Titans OL is banged up and will likely have Jamil Douglas playing center and with rookie RG Nate Davis struggling mightily in pass-protection against top-tier rushers put this interior at a major disadvantage against the likes of DTs Gerald McCoy and Dontari Poe.

Jack Conklin is a liability against very good or better speed rushers that can threaten his edge and corner at a high level, making this a bad matchup against stellar rookie Brian Burns. With Mario Addison and Bruce Irvin rounding out the rotation of edge-rushers, this is a deep group that has been playing well as of late. With Jones likely out, Rodger Saffold fresh out of the concussion protocol, and Davis not playing well, the Panthers DL has several matchups to exploit.

The Seahawks haven’t been a very productive DL based on adjusted sack rate or total sacks, but there are some important mismatches in this game based on film study and additional context that put this game on my radar.

Jadeveon Clowney has continued to be incredibly disruptive since joining the Seahawks this season, leading the team in hurries (26) and pressures (33), and now faces a hobbled Demar Dotson. Clowney primarily plays over the right tackle but rushes over the left tackle about 30% of the time and has another mismatch there vs. Donovan Smith.

The right guard spot on the Bucs OL is particularly vulnerable in this one, with Alex Cappa possibly returning just 3 weeks after breaking his forearm. Cappa is a promising developmental player, but struggles against top-tier competition which Jarran Reed qualifies for. Reed made his return in week 7 after a suspension and has been a bit rusty, but this is the sort of game he could break out in, whether against Cappa or week 8 starter Earl Watson.

With the Bucs being on the road in a hostile environment for their 5th straight road game (including a London trip), this will be an extremely difficult test for the tackles and whoever mans the right guard spot.

This Texans OL has been solid when the starters have played together, the problem is they’ve only done so in two games all season and this week will make it the third time with Tytus Howard set to make his return from a partially torn MCL. Howard is in for a difficult test back from injury having to face off against the red-hot Josh Allen, plus Calais Campbell and Yannick Ngakoue when they rotate over to his side.

The Ngakoue vs. Laremy Tunsil matchup should be outstanding, with Ngakoue good enough to threaten Tunsil with his vaunted cross-chop move. Campbell has huge mismatches against these guards and should continue his dominant form. It will be difficult to sack Deshaun Watson, but he should see a significant amount of pressure.

The Eagles are coming off a game where they dominated in the trenches on the road against a solid Bills team and now host a middling Bears offense that is starting a recently converted defensive tackle (Rashaad Coward) at RG. Fletcher Cox made life miserable for Bills RG Jon Feliciano last week and now faces a lesser player, making this a glaring mismatch. Brandon Graham should be able to work around Bobby Massie off the edge while Derek Barnett could be in for a nice day against Charles Leno who is struggling this season as a pass-protector.

The key will be slowing down the Bears ground game enough to put the onus on QB Mitch Trubisky, which will unlock these advantageous matchups for the Eagles front. Losing Hassan Ridgeway hurts the Eagles as they already had lost Malik Jackson for the year and now have two recently promoted practice squad fill-ins opposite of Cox. If Jernigan plays it will be a boon to this DL but I like them as a big mismatch regardless.

Chicago’s OL is coming off their best game of the year last week but that isn’t saying much considering it came against a weak Chargers defense and defensive line (aside from Joey Bosa).