Kerrane: RBs to Target in the Flier Range 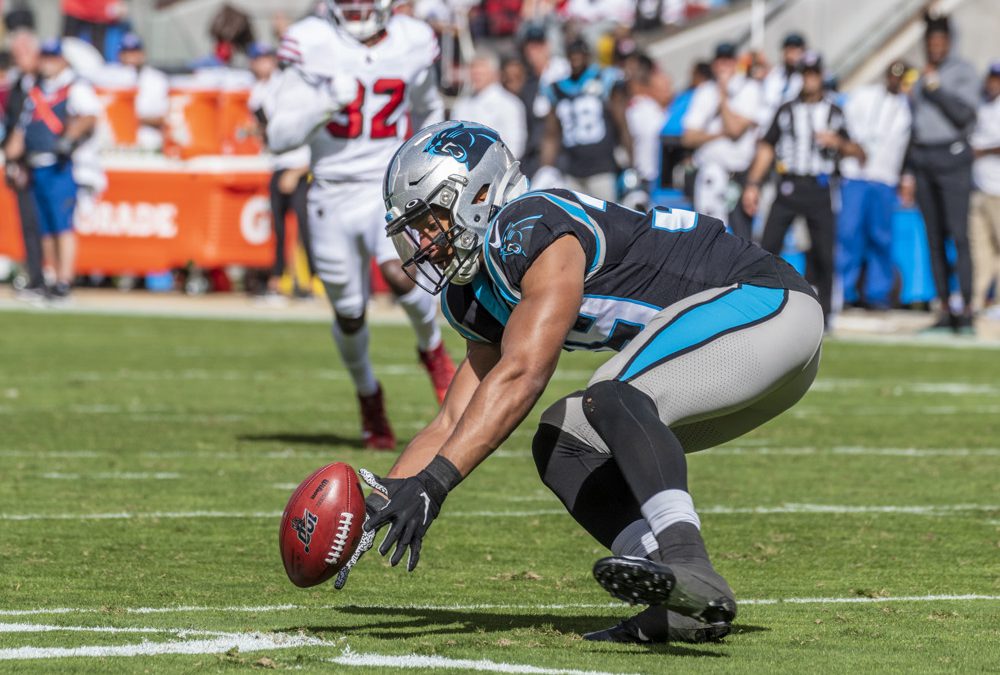 This is the last article in my series on Zero RB targets. So far I’ve covered early round targets for modified zero RB constructions (1 early RB), middle round targets in the RB sweet spot, and early double digit rounds. This article will cover RB fliers for the end of your high-stakes and best ball drafts.

Over the course of these articles I’ve been highlighting a specific profile, placing an emphasis on goal line work, receptions, and a path to value without injuries. This late in the draft, that profile becomes very difficult to find. But rather than targeting RBs at random, it’s crucial to still understand which RBs are likely to have a 745 profile if they end up seeing more work than expected.

One final point on RBs in this tier, is that they seldom hit. However, given the additional uncertainty this season caused by Covid-19, I’ve been prioritizing getting as many of these fliers on my teams as possible. We’re likely to see unexpected playing time for more RBs this season than in years past. This uncertainty affects every position in the NFL, but as we know, RBs are more predictable week to week than WRS and TEs, which we can use to our advantage when drafting. To that point, the RB targets below fit essentially every draft strategy (outside of hyper-fragile best ball constructions).

Austin Ekeler will have a lock on the receiving work in this backfield. But it remains unclear what his goal line role will be. Ekeler was actually heavily involved in the 4 games that Melvin Gordon missed last season, racking up 7 carries inside the 10 yard line (green zone) in that stretch, a healthy full season pace of 28 carries. However, he was displaced upon Gordon’s return, seeing 4 green zone carries to Gordon’s 20 the rest of the way.

Ekeler’s goal line potential is one of the reasons he’s on my early round target list. But his possible goal line involvement also creates risk for drafting other RBs in this backfield. Justin Jackson and Joshua Kelley may end up with workloads consisting almost entirely of low value carries outside of the green zone, making them TRAPs. That definitely appears to be the case for Justin Jackson. In the 3 games he played with Melvin Gordon out, Jackson saw just a single green zone carry. In his other 4 2019 games, Jackson didn’t record another high value carry. Jackson also managed just just 11 targets and 9 receptions in those 7 games. He is very unlikely to find a major receiving role or green zone role this season.

Kelley’s situation is more uncertain. The Athletic’s Daniel Popper has reported that the Chargers plan to use a RB by committee and a fair amount of 2 back sets. So it does seem likely that Kelley will have a meaningful role this season. But if that work is primarily low value carries, then he still might not be worth drafting. What makes Kelley more interesting than Jackson in that regard, is that the Chargers view the 212 lb Kelly (who playerprofler comps to Sony Michel) as a physical change of pace. If that physicality becomes a staple of their goal line packages, then Kelley represents a strong value in drafts.