Kerrane: RBs to Target in Rounds 7-10 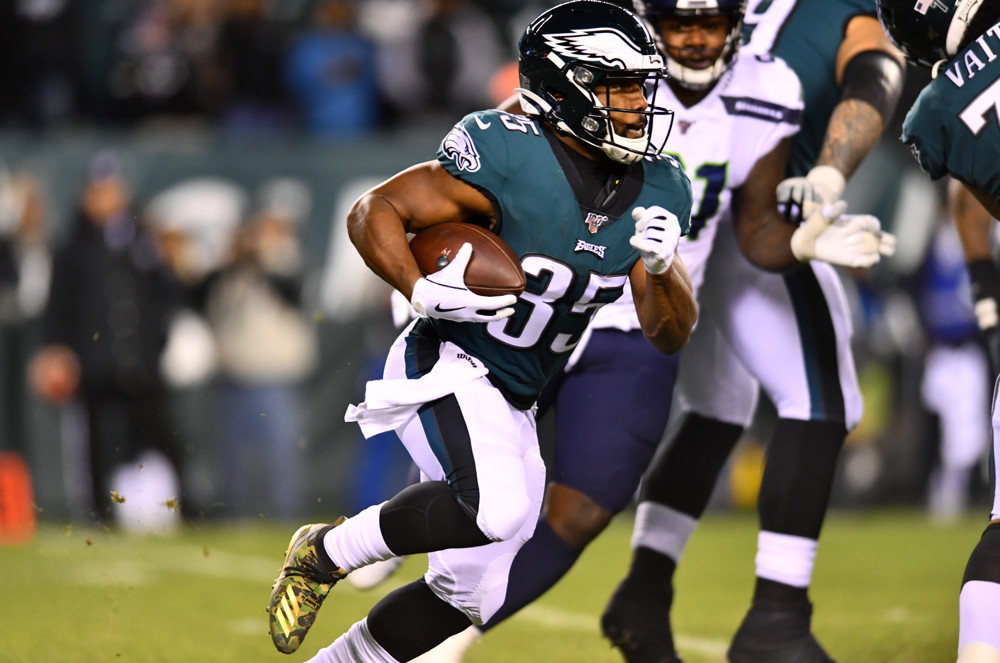 Editor’s Note: Our Draft Kit is overflowing with information from Pat Kerrane, Evan Silva, Adam Levitan, Brandon Thorn, Pat Thorman and more. It includes rankings for every possible format, Silva’s Top 150, tiers and everything else you need to dominate your draft. Click here for more details.

Last week I rolled out my early round Zero RB targets — the guys I’m willing to draft as my only early-round RB for modified Zero RB builds. This week I’m covering my RB targets in Rounds 7-10. Over the last five years, this range has seen the same hit rate for RBs as Rounds 4-6, which is why I’ve dubbed it the RB plateau. In any version of the Zero RB strategy, it makes sense to grab multiple RBs in this range, before RB hit rates fall off again in Round 11.

As a reminder, I’m looking for a specific RB target profile. I want RBs who have a visible path to goal line work — measured by having a path to 20+ carries inside the 10 yard line (green zone), or projections for 7+ rushing TDs–and I want RBs who have a strong path to major receiving roles — measured by having a path to 3+ receptions per game or projections for 45+ receptions. This TD and reception upside should ideally be accessible to our target RBs without an injury to a RB teammate. While contingent / handcuff value is an important factor in Zero RB selection, RB breakouts are more likely to be the result of projection error rather than injury luck. So when possible, we want to target RBs who do not need an injury to unlock a path to a difference making fantasy role.

And finally, I’ve considered the context of the the overall offense. Obviously, we want to be investing in high powered offenses as much as possible.

Despite missing my production thresholds to qualify as a “hit” in 2019, Ronald Jones was excellent last season. As a rusher, his broken tackles per touch barely trailed Aaron Jones and Alvin Kamara and he bested both in yards after contact per attempt. And Rojo was consistent, with a broken tackle on 19.8% of his runs, the 14th best rate among RBs.

With Peyton Barber now in Washington, Jones appears to have a clear path to early down and goal line duties. And Jones has a strong chance to hit the rushing threshold we’re looking for–20 carries inside the 10 yard line (green zone). Jones had 10 such carries last season, Barber had 13, Dare Ogunbowale had 7 and T.J. Logan had 1.

Jones appears to be the favorite for the majority of Barber’s former work. And even if Vaughn ultimately earns a green zone role, it could take some time before he does so–making Jones’ early season TD upside particularly appetizing. Moreover, 4 of Ogunbowale’s green zone carries came within the last 5 minutes of the game when Tampa Bay was trailing by 10+. Assuming that Tom Brady‘s Buccaneers will run less hurry up offense at the goal line than Jameis Winton‘s did, Ogunbowale should see a smaller share of green zone carries this season–potentially creating a bigger pie for Jones and Vaughn to split.

While Jones is typically projected for closer to 5 TDs than the 7 we’re looking for, it’s easy enough to see his path to 7+ TDs. He simply builds on his strong rushing from last season and outplays the 3rd down specialist and 3rd round rookie behind him on the depth chart.

I also think Jones is a better bet for receiving work than you’ll typically find him projected for. Jones was RB7 in yards per route run in 2019, showing remarkably well for a player many consider to be limited to rushing work. To be clear though–Jones does appear to be limited. It’s just that his limitations as a playmaker are likely to arise in when he’s used, not how he’s used. Meaning, it appears very likely that Jones’ will be limited to early down work.

Jones was not a good pass blocker last season, and if anything I expect him to see less work in obvious pass protecting situations. But is Jones locked out of targets simply because he won’t be a 3rd down back? If last year is any indication… not at all. In 2019, Jones had 34 targets for 25 receptions and 241 receiving yards on 1st and 2nd down. Meanwhile, he saw just 6 targets 3rd down. Barber’s work was even more skewed to early downs–seeing 23 targets and 15 receptions on 1st and 2nd down, with just a single target and reception on 3rd down.

This is an offense that throws to its RBs on early downs. If you expect Jones to have a meaningful early down role, you should also expect him to have a meaningful receiving role. Granted, his lack of third down work definitely caps his ceiling as a pass catcher, but he should have enough receiving work to boost his weekly floor, in what will otherwise be a TD dependent weekly profile.

Target. Last year, I was all in on Jones. This year I still like him at his current ADP but I expect his price to fall over the summer, so I’m not pushing all in at his current cost. Even still, at his 7th round price tag, Jones profiles as a discount version of Nick Chubb. Jones’ goal line role isn’t as established as Chubb’s but Jones has a visible path to a similar role. And Jones’ path to a meaningful receiving role is arguably clearer than Chubb’s (without an injury to Hunt). Jones is likely to be TD dependent, but he should add enough receiving production to make his spike weeks worth chasing.