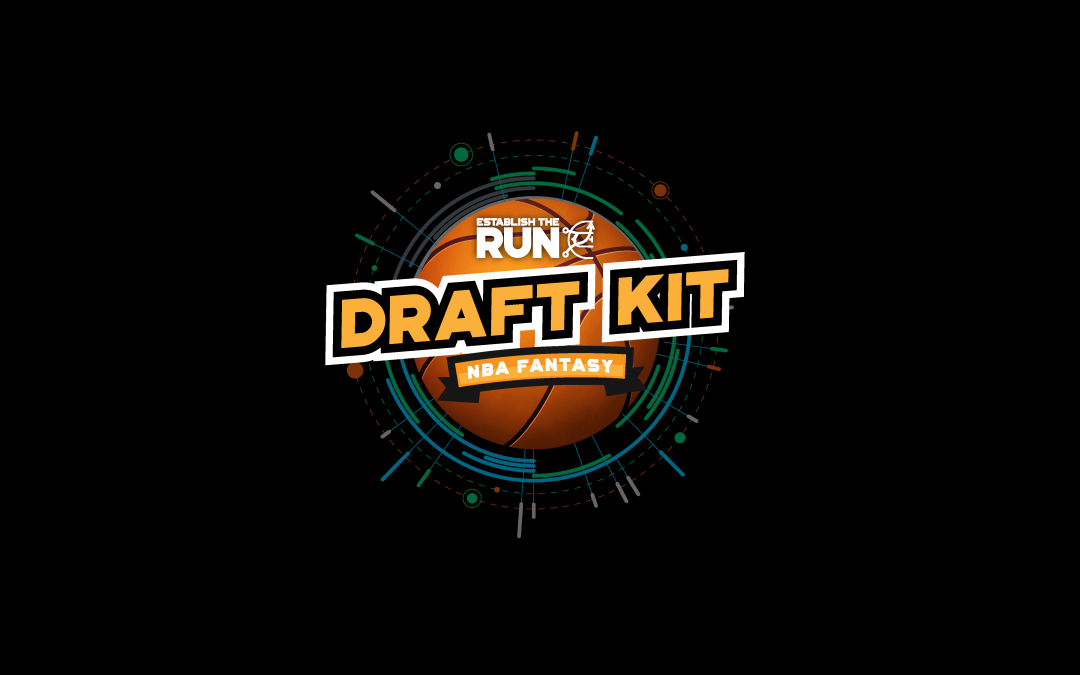 Our Draft Kit is overflowing with the resources you need to win your league. At a high level, we have rankings for nearly every fantasy basketball format and content around those rankings to provide you with additional context. The goal of this page is to ensure all subscribers can find everything easily and quickly. If you haven’t purchased our Draft Kit yet, click here.

* Mike Gallagher’s Top 150 — Mike ranks his top 150 players for category-based leagues to help you crush your draft. The Top-150 will include positional ranks and tiers with notes on all of the 150 players, and it will be updated continuously.

* Gallagher’s Top 150 Change Log — There will be a lot of tweaks in this ultra-short offseason, so this will be a running list of Gallagher’s Top-150 changes and the thought process behind them.

* 8-category Top 200 Rankings — Our Top-200 rankings for 8-category leagues aka ones which do not include turnovers. These are based on our season-long projections.

* 9-category Top 200 Rankings — Our Top-200 rankings for 9-category leagues aka ones which include turnovers. These are based on our season-long projections.

* Points League Top 200 Rankings — Our Top-200 rankings for points leagues. These are based on our season-long projections.

* Gallagher’s Sleepers and Undervalued — Mike Gallagher’s favorite players to take in the second half of your draft and input on when you should pounce on possible options who may be highly coveted by your opponents.

* Gallagher’s Deep Sleepers — Mike Gallagher’s favorite players to wrap up your draft in deep leagues that are worth making a bet on.

* Gallagher: Fantasy Basketball Sleepers 2.0 — Mike Gallagher delivered some sleepers to keep an eye on prior to the NBA preseason. Now he has an adjusted list — based off what he saw in the preseason. Find out which guys are trending up, and down, heading into fantasy basketball drafts.

* Gallagher’s Shy Away 30 — Mike Gallagher’s list of players to avoid at their cost in fantasy drafts due to injury concerns, personnel changes, etc.

* Gallagher’s Early-Round Targets — Mike Gallagher provides some insight on why he’s above market on 12 players to take in the early rounds.

* Gallagher: Exploiting the Default Rankings (ESPN) — Mike Gallagher looks at the default rankings in the ESPN draft applet, and summarizes which players are too high, too low, and desirable players way down in the rankings.

* Gallagher: Exploiting the Default Rankings (Yahoo!) — Mike Gallagher breaks down the rankings on Y! to give you an edge on where you can target some players, and some others you can fade at projected cost.

* Gallagher: Rookie Dynasty Rankings — Which young ballers should you build your dynasty team around? Mike Gallagher delivers his rookie dynasty rankings ahead of the 2021-22 season. Where does Jalen Suggs rank amongst them?

* Depth Charts — Our depth charts will be updated every day in training camp with notes on all the rotation tweaks during preseason games or from coaching staff quotes.

* DraftKings Best Ball Rankings — DraftKings added an NBA best ball this year, and our team created rankings that factor in our projections with positional scarcity.